Education is a key component of our mission at Travellers Rest Historic House Museum and provides a path to understand the hardships that enslaved persons endured.  Here at Travellers Rest, we strive to respectfully tell the complete story of all the inhabitants of the site. 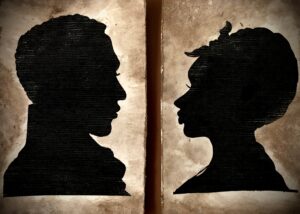 Judge John Overton acquired the land that would become Travellers Rest in 1796, the same year that Tennessee became a state.  In addition to owning land, he also owned enslaved individuals who were the workforce behind his agricultural pursuits of tilling the land for cash crops and providing food for all the residents.  However, they were also instrumental as skilled workers who helped build the house and other structures on the property.  Mary White May, a widow who became Overton’s wife in 1820, brought not only her children from that marriage but several enslaved individuals whom she had inherited from her first husband. Later, Judge Overton would purchase two more enslaved men (Bob and Woods) from her first husband’s estate.

Daily life of the enslaved individuals on the Overton property would vary according to either their sex or what type of work they were required to perform such as a house servant, a field worker, or a skilled artisan or tradesman. Overton took an economic approach to managing his labor force – if an enslaved individual became a liability, then they were sold. Some of the enslaved individuals were purchased because of a specific skill they already possessed, while others were purchased and then apprenticed to someone who would teach them a specific skill. Enslaved artisans at Travellers Rest included a blacksmith, weaver, brickmaker, horse groomers, and cooks. 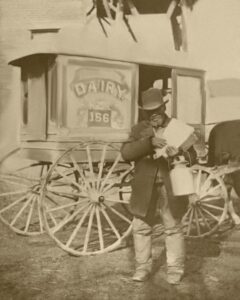 Interpreting their experiences and accomplishments as enslaved individuals is vital to understanding the history of their time and place in the social and physical landscape of the Overton property during the 19th century and the communal ties to their descendants.

Trying to document the experiences and stories of the enslaved individuals and families who lived here both before the Civil War and after their emancipation can be a challenging task.  Primary sources like letters, account books, census records, bills of sale, and inventories are difficult to find but provide clues to the experiences of the enslaved men, women, and children who built and expanded Judge John Overton’s property. An example of such a document is Overton’s death inventory which records his assets by first listing his books, household furnishings, horses, mules, cattle. Lastly, 53 human beings are listed by name and age, some within their family groups.

Continued research on the enslaved is an on-going priority for the staff at Travellers Rest and is compiled into the Travellers Rest Enslaved Persons Documentation Project. Individuals from all over the world who are conducting research will be able to view the currently known information about the lives of those enslaved at Travellers Rest. A link is provided below to access the project:

We at Travellers Rest welcome any additional documented information from descendants and other individuals. Please contact the site at this email: info@historictravellersrest.org

We hope visitors to the website will also be able to visit in person, participate in the historic house and grounds tours, and see our award-winning exhibit, A Past Uncovered, which is housed in one of the site’s historic structures. The exhibit encompasses the years of enslavement to Emancipation and through Reconstruction and also includes more recent gatherings of descendants of those who were enslaved here.

Providing an opportunity to educate the public on this important part of our shared history, the exhibit offers hands-on educational activities for children. Additionally, guided tours of the A Past Uncovered exhibit and The Landscape of Enslavement grounds tour are offered for all ages throughout the year; reservations are required, see PLAN YOUR VISIT, CONTACT US section.