To commemorate the one-hundred and fifty-sixth anniversary of the Battle of Nashville, which occurred between December 15th and 16th in 1864, Travellers Rest would like to highlight one of the most important artifacts located in the historic home, Mary Maxwell’s Autograph Book. This item is a great example of a primary source document, which assists the museum in legitimizing our interpretation of the home’s history during the American Civil War.

When Tennessee joined the Confederacy after President Abraham Lincoln called for troops in response to the firing on Fort Sumter, Col. John Overton went along with his “country” or the State of Tennessee and began to support the Confederacy financially. In 1862, when Nashville fell to Union forces, Col. Overton had to flee the city for fear of a bounty, which called for his arrest. He fled south and spent the majority of the war away from his home, Travellers Rest. This left the home in the hands of his wife Harriett Maxwell Overton. Her two sisters, Mary Maxwell and Ann Claiborne, arrived shortly thereafter to help her in the necessary duties to maintain the home and its surrounding two thousand acres. It is Mary Maxwell’s autograph book, which is an important artifact in the Travellers Rest Collection, that documents some of the interesting figures who visited the home during this time period.

In the age of modern photography it is very easy for one to have a picture taken with friends and family at gatherings by just using their phones. Photography in the second half of the Nineteenth century was still very much in its infancy. Cameras were much larger than modern cameras and it took a great deal of photographic expertise and time to develop the images. The best way for an everyday person to remember who had attended events or to show they had met a celebrity, one would have others sign their personal autograph book. Today this tradition is still carried on at weddings and other functions.

When Col. Overton returned to Nashville with General John Bell Hood’s Army of Tennessee in the winter of 1864, he allowed the general to use his home as a headquarters for the two weeks leading up to the Battle of Nashville. For the Confederate-supporting Overtons it would have been a very exciting time to have so many famous individuals staying at and visiting their home.

In modern times, celebrities consist mostly of movie stars, musicians, and professional athletes. However, during Col. Overton’s time many of the famous figures were in the military or politics, so the Overton family would have held dinner parties and other functions to honor the leading figures of the Army of Tennessee. It was during these celebrations that Mary Maxwell had generals like John Bell Hood and Benjamin Cheatham, as well as other prolific figures associated with the Army of Tennessee, former Tennessee governor Isham G. Harris and chaplain Reverend Charles Todd Quintard, sign her autograph book. This means Mary’s autograph book is not only a family heirloom, but also a primary source document that places more than a dozen famous figures at Travellers Rest during the Civil War. 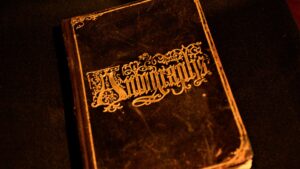 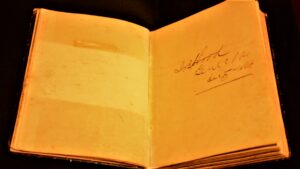 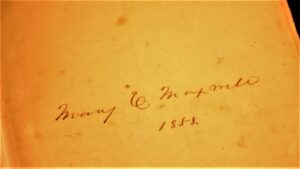