The Ladies of Travellers Rest: The Southern Woman’s Fight for Suffrage

You are here: Home / Blog / The Ladies of Travellers Rest: The Southern Woman’s Fight for Suffrage

Through guided research and analyses of a multitude of plantation women of Mary Overton’s time, one can determine a sound assumption of Mary’s life, status, and home expertise. To discuss these factors of antebellum women’s lives means to also immerse oneself into the social and economic matters of the time since they shaped the overall woman’s experience. One of the most significant social movements in all of history is the Women’s Suffrage Movement. While this movement occurred 50-some odd years after antebellum women’s time, there are many smaller factors and events over time during Mary’s life that contributed to the eventual inclusion of women into politics and society.

The narrative of antebellum women is characterized by gender roles and expectations to be sheltered and submissive. While many were their husbands’ deputy’s when men left their wives in charge of the plantation, women’s momentary positions of leadership did not come with genuine authority socially, politically, or economically. Women figured out that they must slowly unravel centuries of systemic oppression. 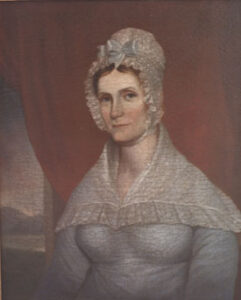 In celebration of the 100th anniversary of the 19th Amendment’s passing granting women the right to vote, August 26th, is recognized annually as Women’s Equality Day in the United States. Before the passing of the 19th Amendment on August 18th, 1920, the fight for women’s suffrage had not been a new battle. Women’s campaigns in Tennessee had begun as early as 1840. By then, Mary Overton had been widowed by her late husband, John Overton, and was the owner to not only his property but dozens of enslaved workers as was written in his will. This giving of wealth to Mary is very significant in the timeline of women’s suffrage. Women were not given property rights until 1848 under the Married Woman’s Property Act of 1848, 15 years after Mary inherits and owns John’s property. This act pushed American feminism even further and shaped the topics suffragists like Susan B. Anthony and Elizabeth Cady Stanton wanted to focus on during the Women’s Suffrage Movement.[1]

Mary outlived her husband in the Overton home by 30 years until she died in 1862, three years before the end of the Civil War. The Civil War was a time of uncertainty for many women, not only as their husbands’ left the home for them to safeguard, but also because many women were hopeful that their strenuous efforts during the war would translate into more rights for women post-war, improving their current status. There is no doubt that women of the time had formulated their own opinions about slavery, whether they were for or against the war, and even chose the side they were on. Professor and Southern Historian, Catherine Clinton, explains this double-edged sword in Plantation Mistress (1984). Southern women deemed it necessary to discard their own judgments to follow their husbands’, even if they were completely opposed, to be a submissive, loyal wife. Other examples of this ordeal include the rest of the ladies of Travellers Rest and how they were involved in the war. Wife of Colonel John Overton, Harriet Maxwell Overton—who supported the Confederacy— and her two sisters, Mary Maxwell, and Anne Claiborne, ran the estate. At the same time, Colonel Overton had fled from imprisonment for financially supporting the Confederate army. While it is unclear if the Overton women were passionate patriots to fulfill their own feminist agendas, it would not be wrong to think that every Southern woman in the war felt like it was her moral obligation as a woman and wife to follow her husband’s belief, or if they had opposing opinions, hide their differences in views from him.

The late 19th and early 20th century brought a difference of lifestyle for a lot of women, especially post emancipation and during the Progressive Era. Social movements surrounding the black vote, temperance, and women’s liberation became a pinnacle for the American feminist movement as they all went hand in hand. In the North, suffragists formed the National Woman Suffrage Association (NWSA) and the American Woman Suffrage Association (AWSA) that each focused on amending the Constitution on a federal and state level, respectively, to establish women’s rights. These associations eventually moved down South as they gained traction and popularity, shifting the course of history as states began individually advocating for and adopting women’s voting rights as we know them. Tennessee became the deciding vote for ratification when Republican member of the Tennessee House of Representatives, Harry T. Burn, shocked everyone at the legislature when he voted in favor of the 19th Amendment being ratified despite wearing the red, anti-suffrage rose on his lapel. 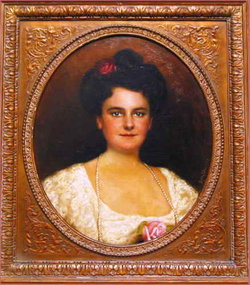 Saidee Williams Overton, The National Society of The Colonial Dames in the State of Tennessee Portrait Project Saidee

While no documentation has been uncovered thus far of any Overton women being part of the suffrage movement in Nashville, Tennessee, Sarah Gladys “Saidee” Williams Overton, wife of Jesse Maxwell Overton, lived at Travellers Rest during the early 1900s.  She was known throughout her life as a civic and social leader in local organizations such as The National League for Women’s Service. Family oral remembrances indicate she was an advocate of women’s right to vote until her death in 1963.  The 19th Amendment can be viewed as a stepping-stone to preserving Travellers Rest as more women became instrumental in not only politics but were inspired to continue earlier efforts thru civic-minded organizations such as The National Society of Colonial Dames of American in The State of Tennessee  Their preservation efforts beginning in 1954 are the reason why Travellers Rest is still standing and is the oldest historic house museum in Nashville, Tennessee. 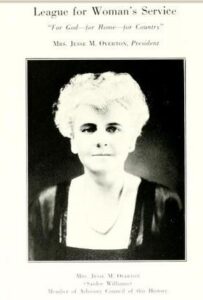 The fight for the vote was not only in the years surrounding ratification in 1920. It spanned from the years of Mary Overton through that pinnacle date with consistent action by women across the nation. Travellers Rest is more than delighted to celebrate these endeavors and the 100th anniversary of the 19th Amendment.