From as early as 1270-1316 A.D., more than 500 years before John Overton purchased the land which would later be known as Travellers Rest, the area was occupied by Native Americans during what archaeologists call the Mississippian period (circa 1000-1450 A.D.). Based on written accounts of Dr. Rush Nutt from 1805, the prehistoric Native American site is thought to have included an earthen mound and palisade or earthwork wall for protection. The site is speculated to have been as large as 10-12 acres, but due to the landscape changes that have occurred over time, it is difficult to say if the exact boundaries of the site will ever be clearly defined. While exploring Middle Tennessee in 1920 for the Bureau of American Ethnology, William Edward Myer was contracted make a map of the Travellers Rest archaeological site which supports Dr. Rush Nutt’s description from more than 100 years earlier.

There are certain cultural elements of the Mississippian period which are unique to the Cumberland River Valley in Middle Tennessee. In the area surrounding what is now Nashville, Native Americans often interred the deceased in stone boxes or limestone coffins. Many of these stone box burials have been uncovered at Travellers Rest over the years, as well as Native American wattle and daub houses. Because of the numerous burials previously uncovered on the site and the laws protecting these burials, Travellers Rest currently refrains from undertaking any unnecessary ground-breaking activities. 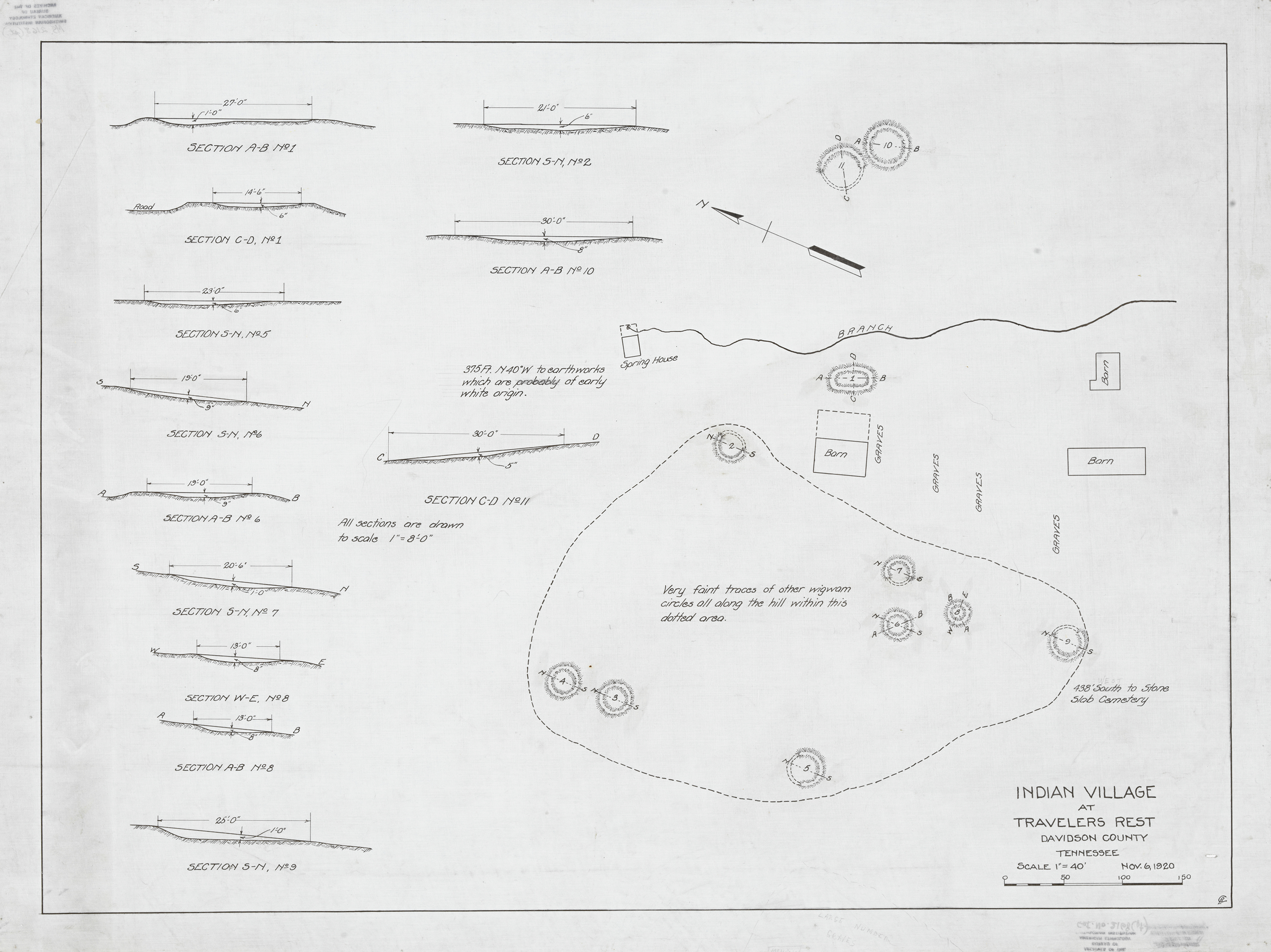